The Millionaire Next Door - the Surprising Secrets of America's Wealthy

The Millionaire Next Door provides insights to the wealthy based on research about the affluent in America. Why are few of the hard-working, well-educated, high-income people affluent? What does it take, then, to be a wealthy person?

Through research, The Millionaire Next Door presents the seven key characteristics of the wealthy (check out the profile of an average millionaire), which is the roadmap to being wealthy laid out by the authors in the book.

How many of us have what it takes to become a millionaire?

There are people who earn a lot - imagine the Hollywood stars, the attorneys, the bankers. If wealth were singly determined by earning power, where is the hope for the average Joes? Should we, instead, turn to guidance on 'How to Write a Good Resume' in a bid to get better jobs? If wealth were defined by earning power, I'm pretty sure the authors would have taken half the amount of time spent on researching the lifestyles of the affluent, this book would have considerably fewer pages, and perhaps, would be titled 'How To Score a High Paying Job'.

But no, there is hope for the civil servant or office worker with a seemingly average wage - among these  seemingly nondescript individuals are the millionaires who, somehow, visit the same salons, supermarkets and cinemas as you do. Wealth it seems, is not only an absolute number but a relative formula - these are the millionaires by net worth, which goes something like this:

Despite having a high-income, people with less than half of their expected worth are considered Under Accumulators of Wealth ("UAW"), while the builders of wealth with at least twice the amount of their expected worth are Prodigious Accumulators of Wealth ("PAW"). With the ability to accumulate wealth, an average earner can yet become a millionaire while a seemingly high earner lacking this ability may have more debt than he is worth!

HOW TO BE A MILLIONAIRE

The press sensationalizes the small proportion of the rich who lead glamorous and make expensive purchases. In short, this encourages consumerism and the idea of a particular image denoting status.

How much does the average wealthy person spend on suits, shoes or motor vehicles?

A high income is a great offence play. However, becoming wealthy requires a good defence play and this is in the form of budgeting and controlling expenses.

To quote a particularly noteworthy analogy on why good defence is imperative despite a significantly higher income:

A PAW allocates almost double the amount of time to planning their finances as a UAW do.

The main difference in financial planning is a UAW chooses to hold cash or near-cash investments, and assets that tend to be depreciable e.g. motor vehicles. On the other hand, a PAW takes time to plan investments in appreciable assets that do not produce realised income e.g. commercial real estate, publicly traded equity.

Would you like to make a guess which form of planning reaps the greater rewards?

Strong wealth accumulators do not place importance on high spending in order to display their social status. Within the millionaire population interviewed by the authors, the highest amount spent on a car was $29,000 while the highest spent on a suit was $360. Contrast this with the UAW banker who spends thousands on suit to match his social status, or the high-income earner who needs to keep working to support his acquired lifestyle.

Parents who have accumulated a certain level of wealth may the need to provide economic support for their adult children and their families.

Few realise that the more help is received, the less wealth is accumulated, and research shows that financial help is the most significant factor leading to a lack of productivity in the adult children of the affluent.

(Read more about parenting tips for the rich and affluent)


The above is a summary of The Millionaire Next Door, a best seller listed on the Business Insider's list of 11 Personal Finance Books You Should Read Before You Turn 30. The book provides a wealth of examples and research findings supporting the seven key characteristics of the wealthy (read the book to find out the other 4!)

If you have liked the points shared above and would like a more in-depth read, do purchase a copy of The Millionaire Next Door by clicking on the links. Please note that these are affiliate links, and at no additional cost to you, I will earn a commission if you decide to make a purchase.

You can also read similar introductions to Good Books on Personal Finance here.

Email ThisBlogThis!Share to TwitterShare to FacebookShare to Pinterest
Labels: Good Books on Personal Finance, The Millionaire Next Door 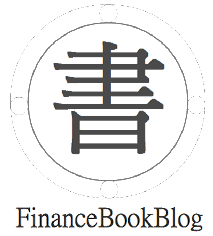 What Are Your CONCERNS?

How Much Do You Save Each Month?